Zhineng Qigong was developed by Dr. Pang Ming in the late 70s.

As a doctor trained in Eastern and Western medicine as well as a Qi Gong und Tai Chi Grandmaster he was inspired to create a Qi Gong form which people could learn without much efforts and yet very effective. His intention was to support particularly people who aim to develop and uplift their own health and well-being.

Dr. Pang Ming himself started to practice Tai Chi and Qigong at the age of 6. He was trained by 19 Grandmasters. He devoted several years in solitude in order to complete his own deep understanding of Qigong and be able to create the diverse principles, methods and profound and intelligent theories of Zhineng Qigong.

He was one of the first to combine the old Chinese tradition with the modern science of medicine. In fact since the late 70s he is a pioneer in creating the new Qigong science. He was the founder and president of different scientific institutions, which focused on the research of impact and effects of Qigong.

In 1979 he founded the Beijing Qigong Association and initiated the first national convention on Qigong.

He was the first Qigong Master who broke with the tradition and started to share the power of Qigong with a broader mass of people. Therefore Zhineng Qigong is also referred to as an “open Qigong form”. At the beginning of the 20th century, Zhineng Qigong was officially recognized as the most effective Qigong form and over 10 million people at that time where practicing it. Dr. Pang has done a lot of pioneering work in many areas. A particular achievement was to describe the systematic Qigong theory in a well-founded manner and to undermine it with scientific research and studies.

Overview of some of his diverse accomplishments:

So even if you practice on your own you can learn to use this huge field for connecting to the infinite power and energy of life and thus enhance the quality of your own life and your health status.

Dr. Pang has written many books about Zhineng Qigong. He not only created Zhineng Qigong which is easy to learn and highly effective, but has also written the “The Theory of Hunyuan Whole Entity”, where he presents the ground-breaking and innovative ideas and thoughts about the new Qigong science and the relationships of the three substances matter, information and energy.

Currently the Hua Xia Zhineng Qigong Centre is closed and Grandmaster Pang is continuing his Zhineng Qigong research, practice and writing from his home in Beijing. 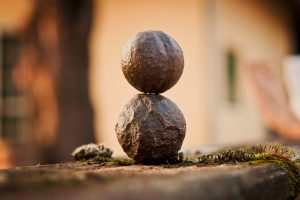 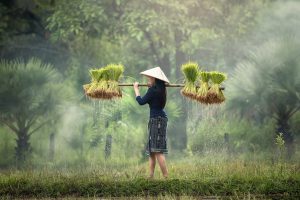 More than just a set of tools…it’s a life practice!

Appreciate the blessings in your life

Our youngest participant was very excited about her first experiences with Zhineng Qigong, which is also called Wisdom Qigong.

It has become feasible because of your good connections, your commitment and a clear intention. It was a unique experience for me. The program was just perfect. We gained great insights into the cultu…

I learned a lot about Qigong practice, principles and the importance of the mind. I also received great help from the teachers with the circulation problems in my legs. Master Jianshe and his team wer…

read more
In case you want to change your privacy settings (e.g. issue consent or revoke an already issued consent) please click on the button below. Settings